The goal of an inclusive education system is to provide all students with the most appropriate learning environments and opportunities for them to best achieve their potential. Inclusion is about ensuring that each student belongs and receives a quality education/experience no matter their ability, disability, language, cultural background, gender, or age. An inclusive education system is best realized when leadership is shared between school, home and family.  Schools reflect the attitudes, beliefs and health of the communities they serve and must be equipped to reflect inclusive practice.

Through play children explore their world, discover how to get along with others, test their skills and muscles, try out new ideas, and feel competent enough to try different activities (i.e. we utilize a multisensory teaching model to enhance learning). Curiosity, Self-esteem, Language, Problem Solving, Cooperation, Endurance are just a few of the many kinds of learning involved in play. Adults can encourage children to play in ways that are valuable by setting the stage for them and, when appropriate, extending the children’s ideas during play.

Humanity In Practice (h!p) is about connecting people to simple opportunities that create powerful results!

Our mission is to connect people to causes by creating fun & simple ways to practice humanity.  We vision a city where it is easy for anyone, regardless of age or circumstance, the opportunity to make a difference.

h!p was founded in 2005 as a way to engage children under the age of 12 in the practice of philanthropy. Over time, it has evolved, working with 80+ Calgary agencies to create simple ways that anyone can help with.

h!p is about helping others.  It is about having the opportunity to help others.  We believe that simple, small acts of kindness can change the world.

h!p is a growing community of people of all ages and all capabilities who want to help without committing to a long term or frequent volunteer position.  We work with local agencies, listening to what they need and creating an opportunity or project that will help them with that need.

We promote new and episodic opportunities through a (free) monthly newsletter we email to our volunteers.

Unity Christian Mission endeavors to promote the following to meet the basic needs of education to poor children in targeted areas within developing countries. 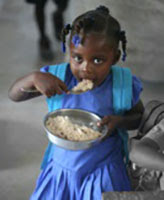 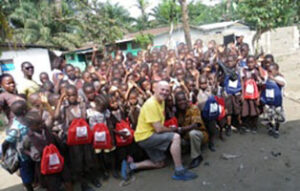 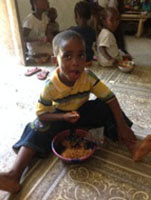 The concept of Unity Christian Mission was born in 2001 when Rick and Esther Cross visited Haiti for the first time. During this trip they witnessed the deplorable conditions many Haitians lived in due to a lack of food, water, education and infrastructure that would support systems to improve the quality of life in these areas.

Currently, Unity Christian Mission’s board of directors has mandated the extension of the scope of work applied in Haiti to be replicated to other impoverished regions of the world. As a result, in 2012, an area in Liberia, Africa was researched and determined that it met Unity’s guidelines for assistance. After considerable correspondence and the acquisition of documents validating the existing conditions, Unity Christian Mission has begun to evaluate and implement plans to help the area of Paynesville, Liberia become self-sufficient.

Paynesville, a small community of 350 people is located in the suburbs of Monrovia, the capital of Liberia.

In 2012, Unity Christian Mission has completed the installation of a concrete floor and the application of plaster to the interior and exterior of the small sun-baked brick school / church building. The modifications to the building and the purchase of chairs have encouraged additional local people to begin attending the church and discovering a deeper faith in the Lord. Unity Christian Mission is also paying a modest salary to each of the eight local teachers in this 200-student primary school. In March 2014, a kitchen, office and storage room were built onto the existing building. Once completed, we sent funds to purchase cooking, distribution and food supplies to begin feeding the children and staff. Since then, we have provided one meal per school day. In 2015, we built four more classrooms onto the school building to help with the over crowding of the students. In 2016, we built a wall/fence around the building. This will help detour the water during the rainy season. The building is built on a low piece of land. Consequently during the rainy season water would flow into the building making the students wet and cold. We will be adding an iron gate to the wall, which will provide security to the property. The roof on the building has been replaced as well, which allows for a drier learning environment. Also in 2016, a generator, wires, lights and fans were purchased. This will be very positive for the students as the building is very dark and can get extremely hot during the dry season. In June 2016, Pastor Rickpan, who is the pastor of the church, teacher and principal in the school and administrator, was given a scholarship to the States for 2 years of further education. We are excited for this opportunity. The school in Liberia will function fully during his absence. He remains administrator and has trained people in Liberia to take over his responsibilities.

Crossroads Community Preschool proudly sponsors a child through this organization.